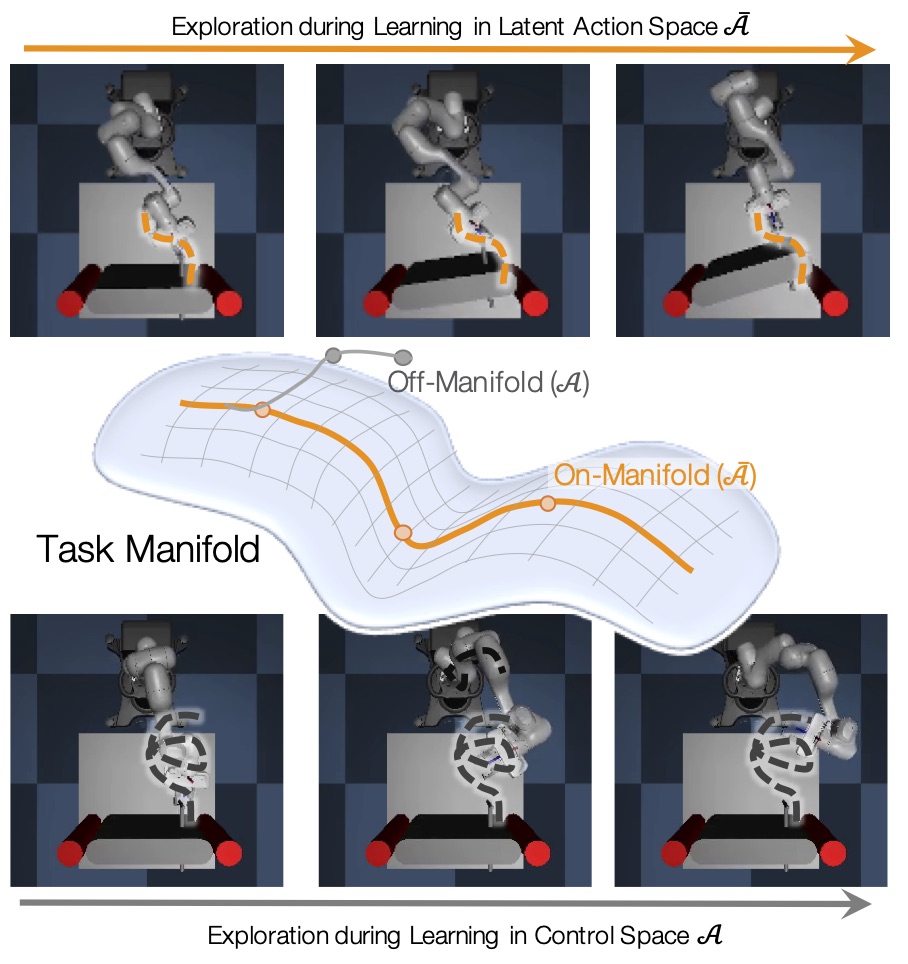 LASER leverages data from several similar manipulation task instances, either from an offline expert or online during policy learning, and learns from these trajectories a map the original action space to a latent action space. LASER is trained as a variational encoder-decoder model which encodes the raw actions into a disentangled latent space while maintaining both state conditioned reconstruction as well as latent space dynamic consistency. We evaluate LASER on two robotic tasks in simulation, comparing with reinforcement learning baselines, as well as LASER ablations. We also analyze the benefit of policy learning in the new generated latent action space, showing improved sample efficiency, thanks to a better alignment of the action space to the task space via LASER, as we observe with visualizations of the action space manifold learned by LASER for contact rich tasks.

This project is supported by the following.